You know those pretty designs you see all over the chakra world? They sometimes look like flowers with geometric shapes in the middle…

…yeah, you know the ones I’m talking about.

Well, the geometric shapes associated with each chakra aren’t just pretty designs crafted to please the eye. They represent much more than that.

In Tantric texts, each of the seven major chakras has a unique symbol, termed mandalas. In sanskrit, mandala means circle. Some other chakra systems include eight or more chakras, and many refer to colors and qualities of each chakra as well. But these circular symbols are the most commonly used for the seven major chakras.

And that’s what the chakra symbols are all about!

Mandalas are a spiritual and ritual symbol in Hinduism, representing the universe. The circular design symbolizes the belief that life is never ending and everything is connected, derived from a single source of life force.

In this case, the mandala symbols represent the spiritual journey of the individual viewer. It represents the universal unity between all entities within the cosmos and the individual need to find our own place in it.

And they’re meant to help us with our yoga and meditation practice.

Each design, from the chakra color to the symbol meaning, is meant to help free the mind from irritating thoughts and negative feelings, and allow us to relax through chakra balancing.

As you can imagine, understanding the chakras and how to open your chakras can be incredibly powerful…

After all, kundalini energy is life energy. As in, life force of all of the entire universe.

So, wanna know what the chakra symbols are really all about?

Good, I’ll tell you all about them in this post.

What Are The Chakra Symbols?

As pretty as they are, the chakra symbols are actually meant to represent the cosmic geometry of the universe.

And practicing yoga aligns us with the cosmic geometry of the universe.

Despite what it seems, yoga isn’t simply about twisting and moving your body through predetermined poses. It isn’t about conforming to a fitness or health regime (although it can certainly help you with that, too).

Instead, yoga is a form of inner engineering, a way for us to align our inner world with the outer cosmos. With yoga, we can align ourselves with the cosmos through the geometry of our own energy system.

The universe is geometrically perfect. Learning to hold our bodies in a certain way will allow alignment with the cosmic geometry of the universe. If you are able to align your body in this way, the whole cosmos will pour inward (um, hello, kundalini energy).

And when this life force energy moves through you, spinning through the major chakras, from the chakra root all the way through the higher chakras, up and out of the top of your head, you can finally reach pure consciousness.

Inner engineering doesn’t involve being able to harness prana breath to be fitter or healthier… no. It is about realizing the full potential of our physical form by connecting with the universal life energy and realizing the potential of the human spirit.

Now that you understand the fundamentals behind chakras and their geometric mandalas, let’s dive into what each individual chakra symbol meaning and how they can be used to reach pure consciousness.

Take my chakra quiz to find your dominant chakra:

The root chakra, muladhara chakra, is associated with the element of earth. The earth element represents the body, the physical form.
The phrase muladhara translates to mula – roo; and adhara – base or foundation.
Four-Petalled Lotus: The root chakra signifies the birth of human consciousness, the four petals of the root chakra lotus symbolize four aspects of consciousness. Manas – mind, Buddhi – intellect, Chitta – consciousness and Ahamkara – ego.
The Square: The number four appears again as the square, representing foundational life energy, stability and rigidity. A stable structure for the adjoining chakras to rest upon.
The Inverted Triangle: The inverted triangle represents the elemental symbol for earth, it is a reminder of the grounding energy associated with muladhara, chakra root.

The sacral chakra, chakra svadhisthana, is associated with the element of water. The water element represents fluidity, flow, movement and aliveness.
The phrase svadhishthana translates to sva – self; and shthana – place.

Six-Petalled Lotus: The six petals of the sacral chakra lotus are associated qualities that must be overcome to purify svadhisthana – anger, jealousy, cruelty, hatred, pride and desire.

The Circles: The circles symbolize the cyclic nature of birth, death and rebirth.

The solar plexus chakra, manipura, is associated with the sun and the element of fire. The fire element represents energy, power and determination.
The phrase manipura translates to mani – jewel; and pura – city or place.
Ten-Petalled Lotus: The ten petals of the solar plexus chakra represent the ten pranas that exist in each of us. The ten pranas are basically energy currents and vibrations. We have five pranas and five upa pranas.
The inverted triangle: The inverted triangle symbolizes the energy of the lower three chakras concentrating and spinning upwards towards the higher chakras.

The heart chakra, anahata, is associated with the element of air. The air element represents the qualities of love, relation, connection and compassion.
The phrase anahata is the sanskrit word for unstuck, unbeaten or unhurt.
Twelve-Petalled Lotus: The twelve petals of the heart chakra symbolize the twelve divine qualities associated with the heart – peace, bliss, love, harmony, empathy, understanding, purity, clarity, compassion, unity, forgiveness, and kindness.
The Hexagram: The hexagram is represented by two triangles, an upward facing triangle and a downward facing triangle. The two triangles represent the male and female energies intermingling to create a six-pointed star.

The throat chakra, vishuddha, is associated with the element of ether. The ether element represents communication, authenticity and purification.
The phrase vishuddha translates to visha – impurity or poison; and suddhi – purify.
Sixteen-Petalled Lotus: The sixteen petals of the throat chakra is associated with the sixteen vowels of sanskrit. The vowels are light and easy to pronounce, signifying the airy quality of communication. This is why a blocked throat chakra influences the ability to communicate.
The Inverted Triangle: The inverted triangle represents a channel to our consciousness and soul body, a direct expression of our higher self.
The Circle: The throat chakra is symbolized by a circle resting within a triangle, which represents the full moon. This symbolizes a purified mind.

The third eye chakra, ajna chakra, is associated with the dimension of light. It represents the center of gravity and wisdom, the awakening of the pineal gland.
The sanskrit word ajna translates to command, which refers to the higher understanding and wisdom that guide us in each of our actions.
Two-Petalled Lotus: The two petals of the third eye chakra symbolize a sense of duality between the Self and God.
The Inverted Triangle: The inverted triangle represents your connection to the divine and true enlightenment.

The crown chakra, chakra sahasrara, is associated with space or nothingness. These qualities represent self-transcendence, oneness, and the merging with the infinite source of creation.
The phrase sahasrara is the sanskrit meaning for infinite.
Thousand-Petalled Lotus: The thousand petals represent the connection to the divine. Our unity with other beings and the universe. The lotus flower symbolizes prosperity and eternity of these integral connections.
The Circle: The circle represents the full moon. A symbolization of openness, an awakening of the conscious mind. 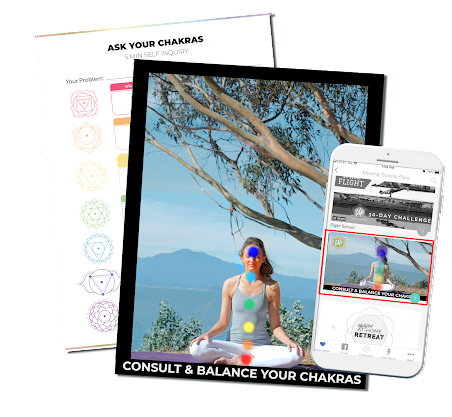