Dharmachakra Mudra: What Is It And How Do You Do It? 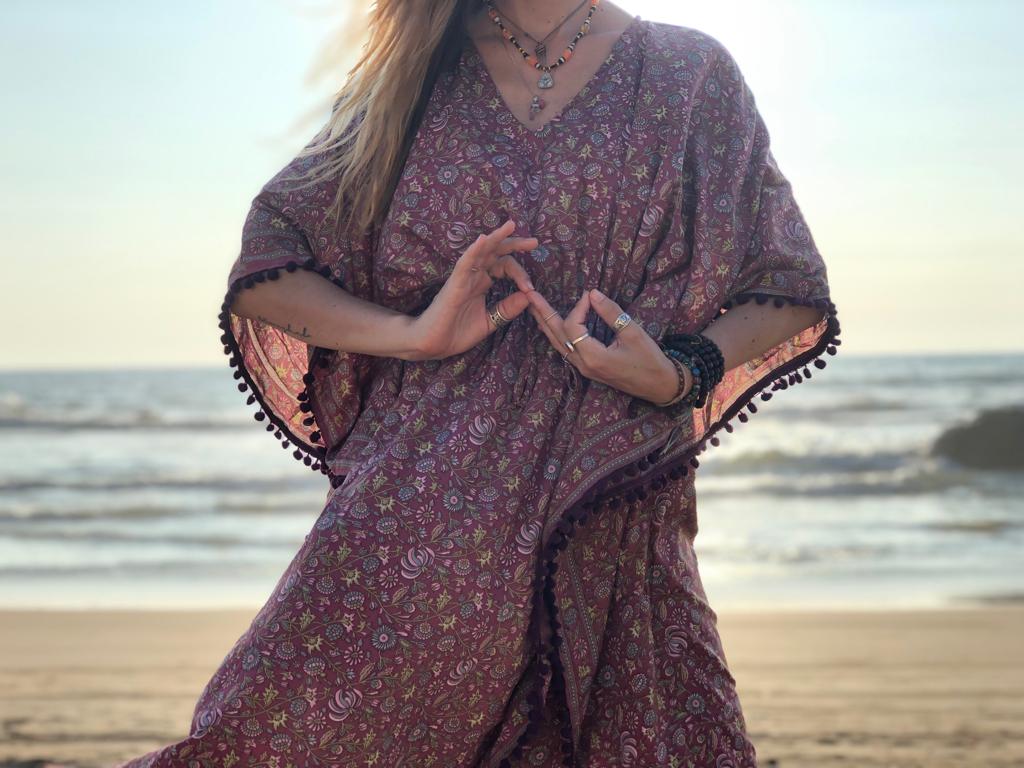 What Does It Mean?

This beautiful yoga mudra or hand gesture is said to represent the wheels of cosmic energy. The Sanskrit word “dharma” means the path to enlightenment, and the word “chakra” means wheel. In other words, when you do this mudra you are tapping into the universal, cosmic energy of all that is.

This mudra is closely connected to Shakyamuni Buddha himself, also known as the ‘enlightened one.’ It highlights the moment he reached enlightenment and ‘set in motion’ the great vehicle of the teachings of dharma to spread. His first sermon was given to five monks under the light of the full moon and his teachings came straight from the heart.

It is said that he became enlightened under a bodhi tree in the 4th to 6th century B.C. He didn’t perform any rituals or use mantra chanting, he simply practiced meditating and focused on the innate nature of his mind. After he became enlightened, he decided to share the four noble truths through Buddhist teachings known as buddha dharma to help people come out of their suffering.

This is a tradition known as Mahayana Buddhism. In both Hindu and Buddhist teachings, there are others known as ‘bodhisattvas’ or Buddhist deities who have done the same.

It’s important to know the whole history behind this mudra…

…to realize how much meaning and wisdom you can gain just by performing it during your meditation practice.

Each finger represents the teachings of Buddha. Since the thumb and index finger touch to form a circle, this represents the Wheel of Dharma. The three jewels of Buddhism—dharma, Buddha and sangha are represented by the other three fingers.

Other Buddhist mudras include the vitarka mudra which invokes the energy of intellectual teachings, as well as the bhumisparsha mudra which means ‘touching the earth.’ This mudra is performed to symbolize Buddha’s enlightenment under the bodhi or pipal tree.

Next time you see an image or sculpture or statues of Buddha, pay attention to the positioning of his hands to determine which mudra he is in. For example, in the Seated Buddha from Gandhara statue, he is meditating with the dharmachakra mudra.

This is an incredible mudra for meditation, to connect to the energy and wisdom of Buddhist teachings. It also allows your mind to enter a higher state of consciousness.

It is good to do before teaching a yoga class if you want to feel more centered. You can try this mudra or bhumisparsa mudra if you want to be more grounded.

This mudra is super beneficial for improving your focus and allowing you to experience more positive emotions. You can use it when you are feeling lost, apathetic, or want to connect with the universal, cosmic energy.

How to Do This Mudra

To perform this mudra, you can first connect the tip of your thumb and forefinger of the right hand. Doing this hand gesture alone would already be vitarka mudra. To come into full dharmachakra mudra, you need to bring your hands in front of your heart chakra turning the left palm up and allowing the right palm to face outwards. Then, touch the tips of the right index finger and thumb to the middle finger of your left hand. Allow the left ring and pinky fingers to stay straight.

The best yoga posture to be in for this mudra is padmasana or lotus pose.

You can even imagine you are a seated buddha intending to reach enlightenment!